He married a Nova Scotia girl who he met in a college geology class.

40 years ago he decided he wanted to be a farmer – so she took him home to Nova Scotia.

In 1979 two young farmers, Daniel and Heather Sanft along with Heather’s parents, purchased a 100-acre drumlin farm in Lunenburg County. Initially, Heather’s parents were planning to retire – but they never did.

Along with the 100 acres came 12 head of cattle, 1 milk cow, mixed hay and woodland. Accompanying the farm was something almost more valuable – a number of neighbours involved in farming as well. Over the years Hackmatack Farm was home to many wonderful animals from Romney & Merino sheep; Shorthorn, Durham and Angus cattle, several Guernsey’s, to geese, ducks and lots of chickens! Ultimately the family decided to change tactics, switching from livestock to blueberries.

“We decided to plant blueberries because there was a good market for them fresh – and they were exported to the USA in the fall,” Daniel explained.

The name Hackmatack comes from the local name for the larch tree, many of which surround their farm.

“In 1983 we began planting highbush blueberries and vineyards. We began a long battle for legislation which would allow a farmer to open a winery based on fruit ‘other than a grape’. We wanted to use only NS fruit & not imported grape juice which commonly used at that time.”

“In 1993 we opened Lunenburg County Winery at Hackmatack Farm as soon as the Cottage Winery legislation was approved,” they explained. The legislation was pro Nova Scotia agriculture a winery had to have 10 acres of producing fruit crop & had to use 100% NS grown fruit. This year we celebrate 25 years of making award winning fruit wines & estate grape wines as well.”

The winery helped make the farm more economic and also extended their fresh fruit market season by letting them work year-round on wine, bottling and labelling. Today, there are over 20 wineries across the province, as well as numerous craft breweries and distilleries.

For the last 10 years on the third Sunday in September, the Sanft’s have welcomed visitors to their farm as part of Open Farm Day. While there, visitors get to visit with and question a farmer of 40 years, u-Pick blueberries, take a tour of the winery, and for those of legal drinking age – free wine tastings!

“We believe it’s important to show people where their food comes from and how its grown. It’s also important to provide visitors with a connection to a real farmer/farm, where they can get accurate information, ask questions and explore,” Daniel explained.

When asked what their favourite part about Open Farm Day was, Heather replied,

“I like to meet enthusiastic families and kids, they care and the kids are our future. We need to enjoy, educate and nourish them.”

Did you know: that blueberries are Nova Scotia’s official provincial fruit? They are a beautiful blue like the blue in our Nova Scotia tartan and are known to cause blue tongues and in some cases… bluenoses 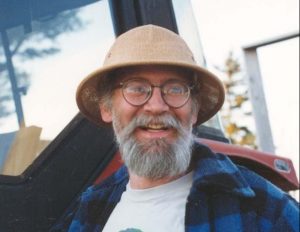 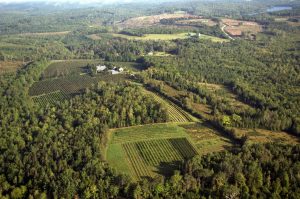 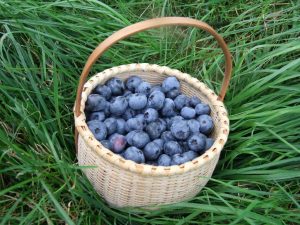 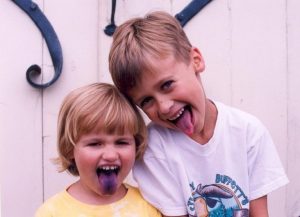 Halifax area- Check this website out! This is a HUGE compilation of local food and drink online ordering options in HRM during this difficult time. Please share with your networks!

Thanks to Slow Food Nova Scotia for this wonderful resource. ... See MoreSee Less

While 300 orders have been received and ordering is closed for this week, Truro Farmers Market Cooperative has online ordering for Saturday pickup. Be sure to like and follow here on FB to find the form to place a future order.

These systems are new so THANK YOU for trying them, supporting NS farmers and food businesses and for having patience as we all adjust to buying in new ways!We are so happy, but so sad too - we have to cut off the orders for this week! We are at 300 orders and logistically we just can't deal with any more than that in our second week of filling orders.
We will have an even better ordering system in place for next week, which will be accessible through our website. Watch for postings about it going live and thank you so much for your support! On behalf of our local producers - you rock!
We will add a second order day and/or more logistics so that we can accept more orders next week. ... See MoreSee Less

They have provided the steps to get signed up and logged in to use this service.

To place a local food order through the Food Hub’s online marketplace you will first need to register and add a free temporary membership to your account. Here’s how:

1. Create a Login by visiting capebreton.localfoodmarketplace.com/Account/Register You will be asked for an email and to create an 8+ character Password.

2. Next, select Sydney as your pick up location from the drop down menu and enter your address, email and phone number to complete your registration. This information allows us to get in touch with you about any market service changes.

3. Click on the person icon on the top right side of the screen to go to “Account Information”

5. Finally, return to the “Account Info” tab and scroll to the bottom of the page. On the right you will see a green “Add Membership” button.

6. Select “Temporary Market Member” from the drop down menu and confirm. You will need to press confirm once more once it takes you to your order.

7. That’s it! Now you are ready to order! Select “Product List” at the very top during market hours to view products and place your order.

Our online marketplace is open Fridays at noon until 7 pm on Mondays. Log in any time within these hours to view products and place an order. Your order will be delivered to your door the following Thursday between 4 pm and 7pm. Someone will ring your bell then leave the order for you to retrieve.

Please contact the Food Hub directly at admin@pancapebretonfoodhub.ca for any questions or help navigating the online marketplace. ... See MoreSee Less

Wolfville Farmer's Market was a pioneer in bringing the farmer's market outside of a regular market day. Currently they are offering two different pickup/ delivery days:

You can visit: www.wfm2go.ca/ for more info and to place an order.

It's best to keep checking back to make sure pick times and locations don't change. ... See MoreSee Less

WFM2Go is the Wolfville Farmers’ Market’s online ordering and weekly delivery service! We want our local farmers and producers to grow their operations in order to have a more healthy local food ...
View on Facebook
·Share

There are no upcoming events at this time.